Bonds historically fluctuate in value less (are less volatile) than equities. They also produce interest income which is highly taxed. In contrast, equities are more volatile in the short-term, but have always outperformed bonds over the long run. Further, equities produce more favorably taxed dividends and capital gains.

This has caused some long-term investors to decide that they want to simply invest in 100% equities to maximize their long-term returns. Is this wise?

The Beast Is Dormant, But Probably Not Gone.

We have had a long equity run with minimal corrections for almost a decade now as seen in the chart below. People with 100% equity portfolios have seen the greatest returns. The internet is rife with them talking about how much money they have made. Many similarly tout how they have long-term investment horizons and that with their iron-guts, they can withstand market draw-downs without freaking.

That may be true or it may be that they have simply not been truly tested yet. If we look over the long-term in the chart below, we can see what real volatility looks like. The last decade does not even register as a blip. 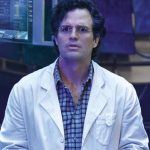 Perhaps investors are now more educated and better disciplined than in the past and can tolerate the volatility of a 100% stock portfolio.

Only some more significant volatility (closer to the historical average) will bear out whether these mild-mannered calm smart investors remain so – or if they are harboring a hidden emotional investing beast. 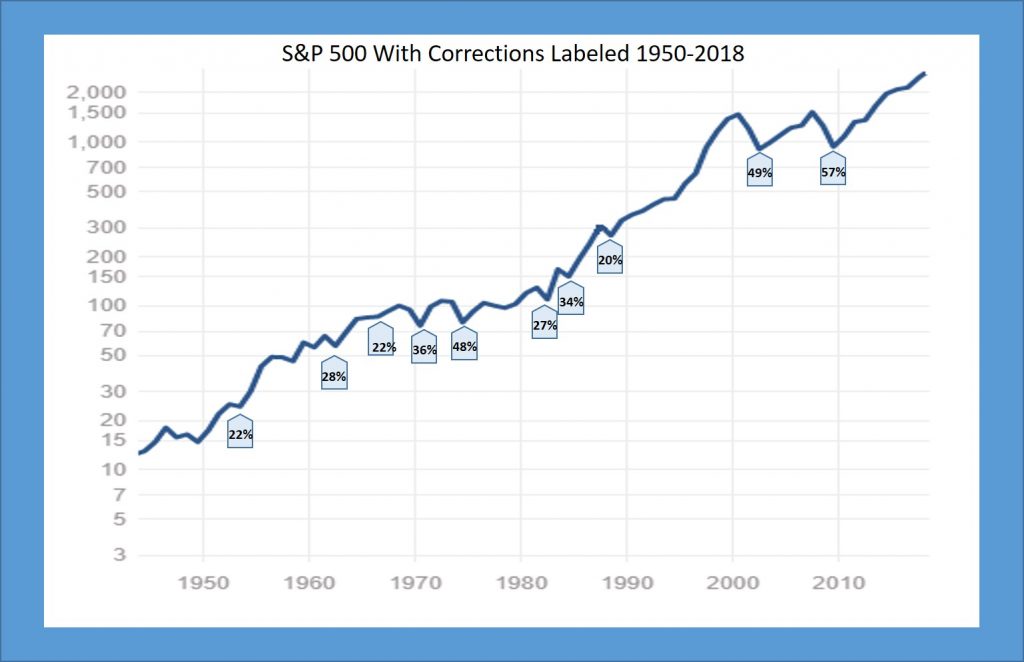 We all have an inner emotional investor beast.

We are all creatures of emotion. There is a strong evolutionary basis for this, and unsurprisingly, fear is a powerful emotion for influencing behavior. It comes in handy to protect us from injury when contemplating unwise acts such as wrestling a grizzly bear.

Competing for a limited, yet vital, resource could lead to better survival and reproductive success. If you have ever watched what happens when a box of pizza is deposited in front of a bunch of teenagers, you will see that it still runs strong.

Probably good – since we don’t heal as quickly. Scientific studies suggest that the male brain doesn’t fully develop in this regard until the mid to late twenties. My wife tells me that is overly optimistic.

It’s all fun and games until you get a dose of gamma radiation.

How sensitive we are to our emotions when investing depends upon our risk capacity, risk tolerance, and impulse control. There are a number of factors that can accentuate our investing-related emotions – kind of like gamma radiation did to Bruce Banner in creating the Hulk. Exposure to strong emotion brings out The Hulk in the usually logical and calm Banner. The Hulk is mostly driven by emotion – the dominant one being rage. 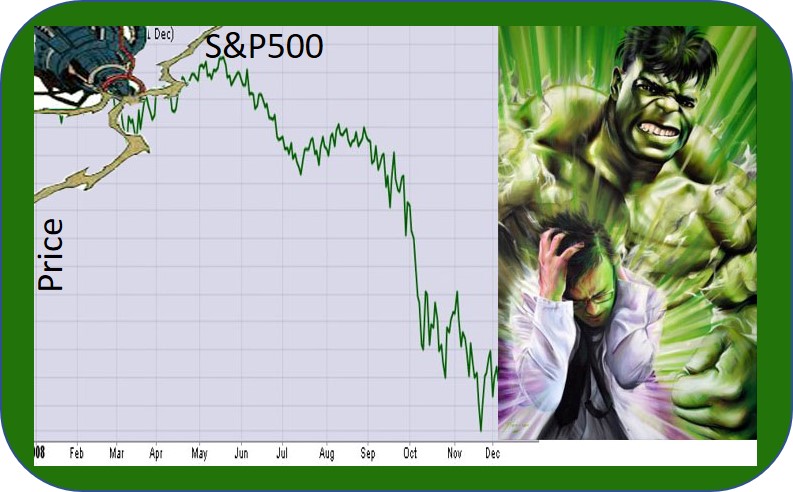 To avoid being a Hulk, let’s spend a few minutes looking at what can act like gamma radiation to prime you for bad investor behavior.

Gamma radiation for your risk capacity.

Your risk capacity is how well you can financially absorb a loss. When an investment loss would land you in the street with nothing but torn purple jean-shorts (who wears those besides Hulk anyway), then fear will be heightened. You need your money to be there for you when you need it. If you would be forced to sell investments, even at a stock market low, because you need that money to live on – then you have limited risk capacity.

That makes a few factors become like gamma radiation for your risk capacity:

Gamma radiation for your investor discipline and impulse control.

Risk tolerance, investor discipline, and impulse control can be affected by general personality traits and other biases. There is not much to be done about those aspects.

However, there are some things that can make us more prone to poor risk tolerance or impulsive investment decisions:

The cost of behavioral investing mistakes

I mentioned at the beginning of the article, that a 100% equity portfolio has historically out-performed bonds over the long-term. However, that assumes perfect investor behavior and not letting the Hulk Investor get control of you. If it does, then you could sell low and buy high… vastly underperforming the indexes used to generate the chart at the top of the post.

Morningstar has attempted to quantify the behavioral gap. That gap is the difference between investors’ actual returns due to buying or selling funds at different times versus simply buying and holding the fund. Their method looked at average investor performance. Those with good behavior would do better than that average and those with bad behavior worse. If the Hulk Investor is in total control, then it could be much worse than the average.

While this high-level aggregate data does not tell us about individual investor performance, there are some interesting trends that are informative. Let’s look at the report from 2005 to 2015 time period which encompassed the 2007/8 global financial crisis.

The behavioral gap increased with “riskier funds” within an asset class.

For example, investors in US equities had outperformance of 1% in the least risky funds and lagged the index by 2% in the riskier ones. By “riskier”, they are using Morningstar’s risk ranking of funds within an asset class.

Another interesting point from the above table is that the passive index return during that period was just under 11%/yr. Those mutual fund returns lagged the index return by ~3%. That illustrates the large effect of fee drag on investment returns compared to a low-cost passive indexing strategy.

The worst behavioral gap for an asset class was municipal bonds.

Investor return was 2.31% compared to 3.66% fund return. Investor buy/sell timing led to a lag of 1.35%. Looked at another way, that means an investor only made about 2/3 as much as they would have if they did nothing.

This may surprise some people because we generally equate government bonds with safety. However, all bonds have risks, and the risk with smaller governmental bodies is greater. This time period encompassed the global financial crisis and the news media was rife with municipalities facing bankruptcy. Scary for municipal bondholders.

The Greek Debt Crisis as another cherry-picked example in this time period.

When the five year period encompassing the peak of the Greek Debt Crisis from 2010-2015 was looked at, the investor behavioral gap for European stocks was 6.3%! A closer look at the final year of that period nicely shows the money flowing out of funds when the price was low and into them when the price had already taken off. 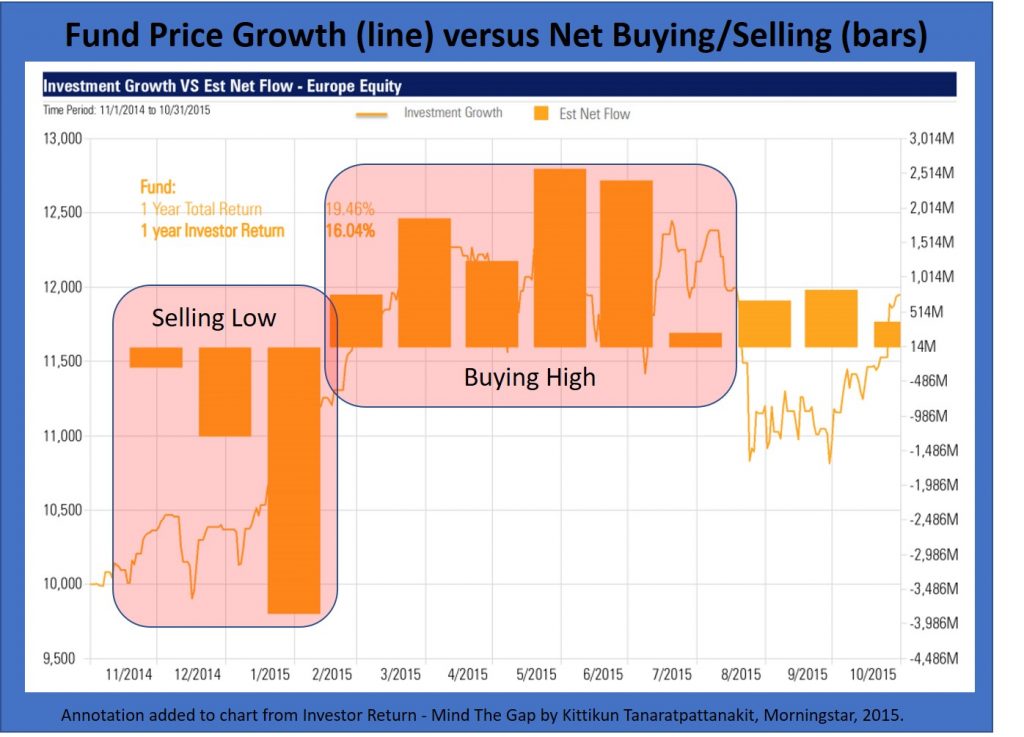 The investor behavior gap has been narrowing over the past decade.

A more recent update to the Morningstar report looking at 2008 to 2018 shows that the investor behavior gap has decreased over the past decade. Could that be due to better investor behavior or less severe provocation of investor emotions in the decade-long bull market? No one knows.

High-income professionals have the potential for good baseline gamma ray tolerance – but are not immune.

A young professional with a long and lucrative career ahead of them should have good risk capacity. Most also have pretty good self-discipline and impulse control. Those traits are selected for through our training. That should give us good risk tolerance. However, we are still human and subject to emotions. Further, the equanimity in our professional lives dealing with other people’s problems often does not translate to dealing with our own. In fact, doctors may behave more irrationally regarding money.

The other issue that we realize as we age is that we may not have the long career that we were banking on. Our careers could get truncated by illness, family illness, burn-out, or the draw of other interests. We can buy insurance against some of those hazards, but not all of them. Physicians can retire early through planning or by having their plans unexpectedly changed for them.

As we age, our investment horizon before needing the money shortens and our ability to work like a beast to make up losses diminishes. Even if we have grown such a large portfolio that we can tolerate market fluctuations without touching our capital, the fear of loss from a hard-won large portfolio can still be a powerful emotion.

Life exposes us to gamma rays. I am certainly not immune.

Eventually, there will be some kind of Hulk Investor gaining strength within all of us.

Up until this past year, I have been one of those 100% equity investors. My portfolio was relatively small during the big 2007/8 market crash. I had the distraction of building my career, was sinking extra money into my monster house, and had a long career of increasing income ahead of me. The market meltdown didn’t really phase me, even though I was in 100% equities. A short ten years later, I can now see that after a night of on-call that my eyes have a bit of a green tint.

I will likely continue medical practice for many years, but I want to have the option to retire or change what I do in the next few years – just in case. That shorter-time line, greater respect for the uncertainty of life, and fear of loss of my large portfolio – all have been like gamma rays decreasing my risk tolerance. This is despite my risk capacity and impulse control actually improving with time. The emotions that buffet our risk tolerance are that powerful.

We can try to limit our gamma radiation exposure, but we cannot eliminate it.

There are things that we can do to avoid provoking the inner beast. We can develop a written investment policy, avoid “TV-inspired investing”, and learn from experienced investors or advisors. However, we cannot change our personalities or biases in a sustainable way.

In addition to those behavioral controls, we can add bonds to help sooth the beast.

Adding high-quality bonds will trade some investment return in exchange for smoothing the Hulk-provoking volatility of a portfolio. In my next post, I will discuss how bonds can help soothe the beast. If you wake up in torn purple pants with only dim recollections of the night before, it is already too late. 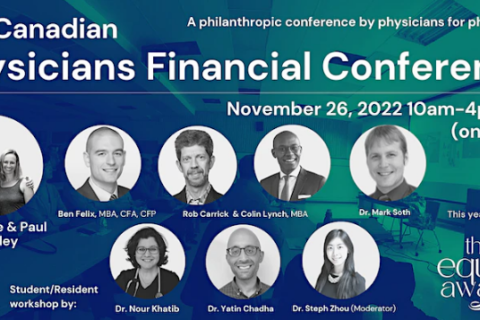 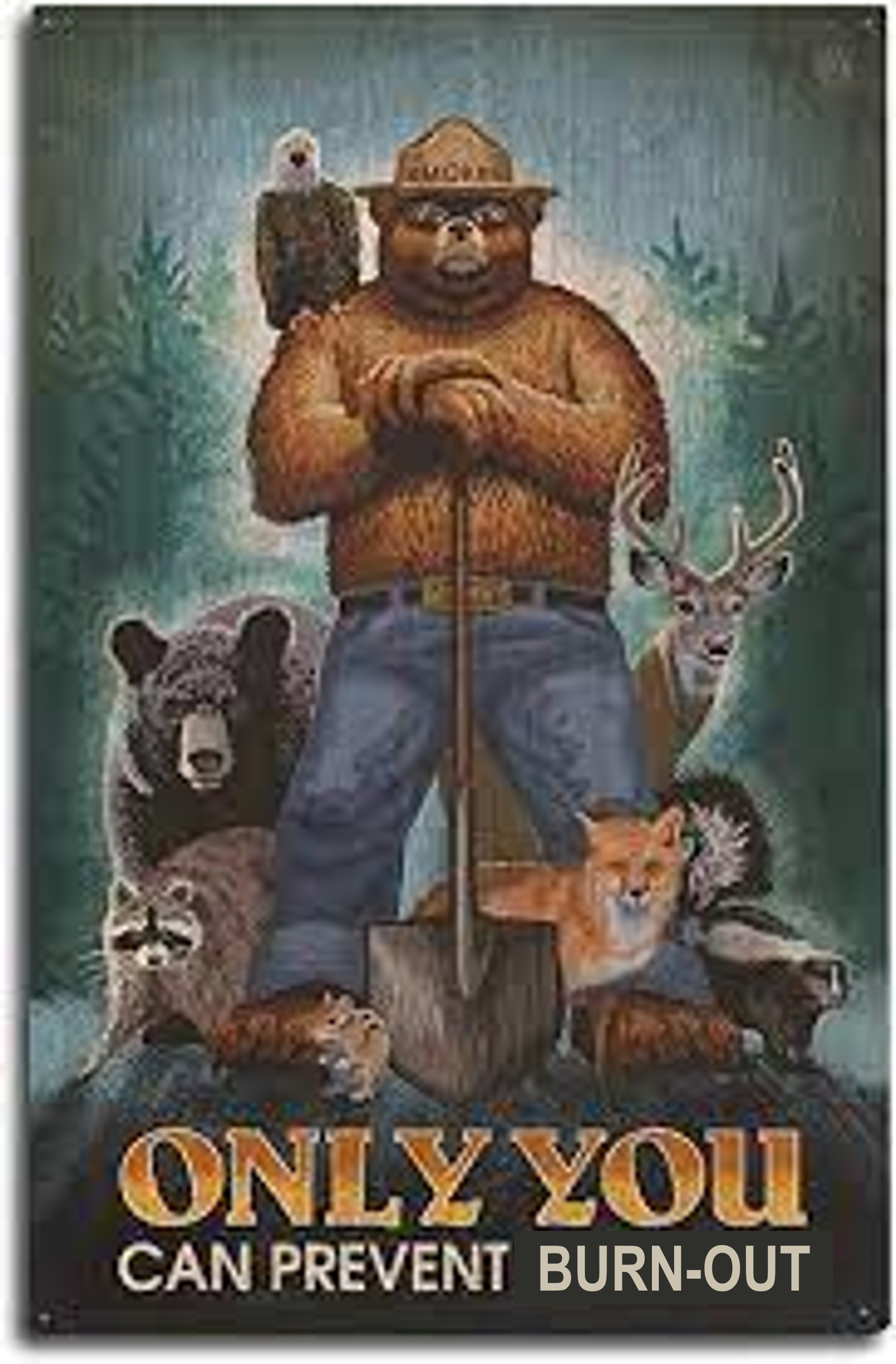 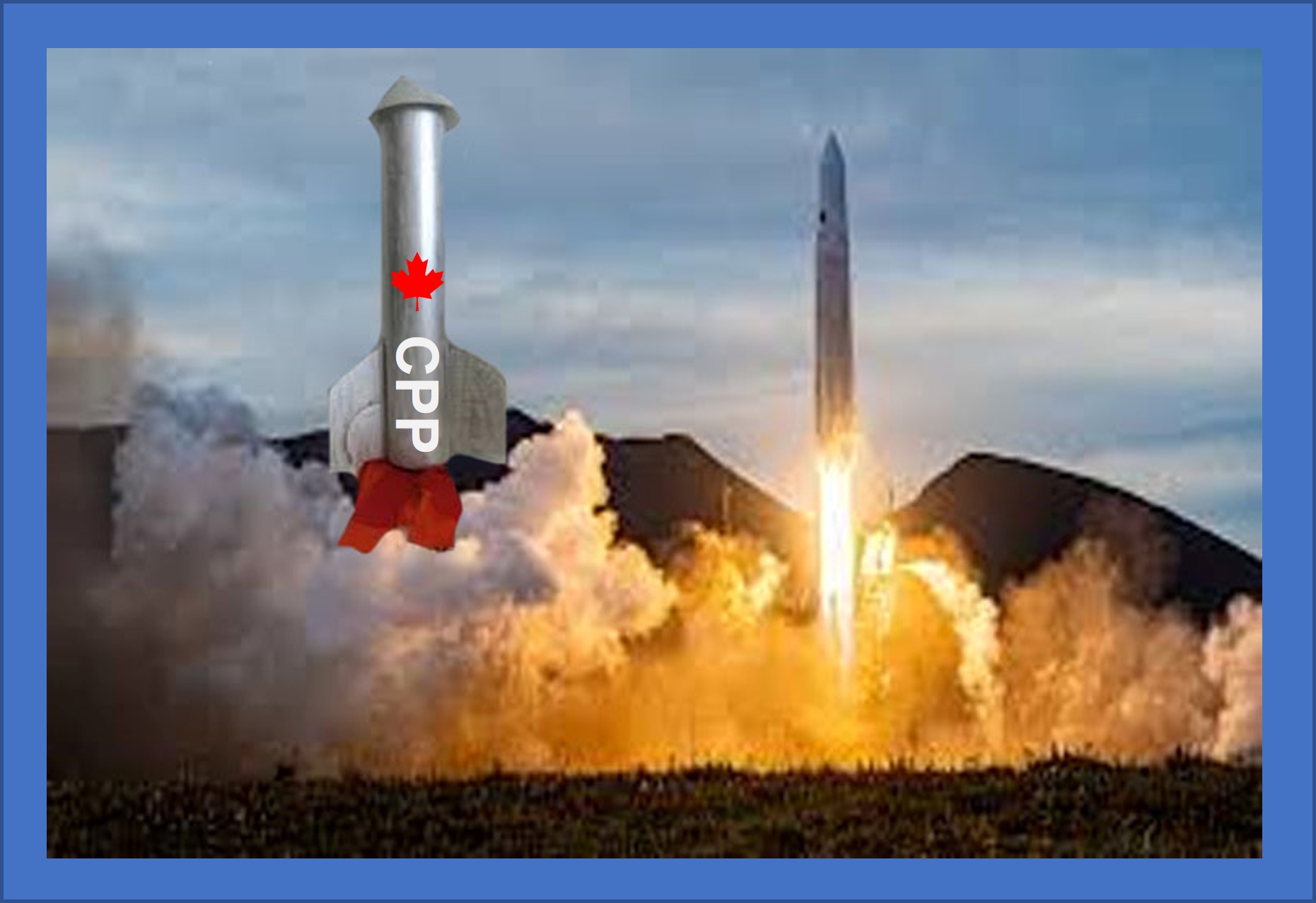 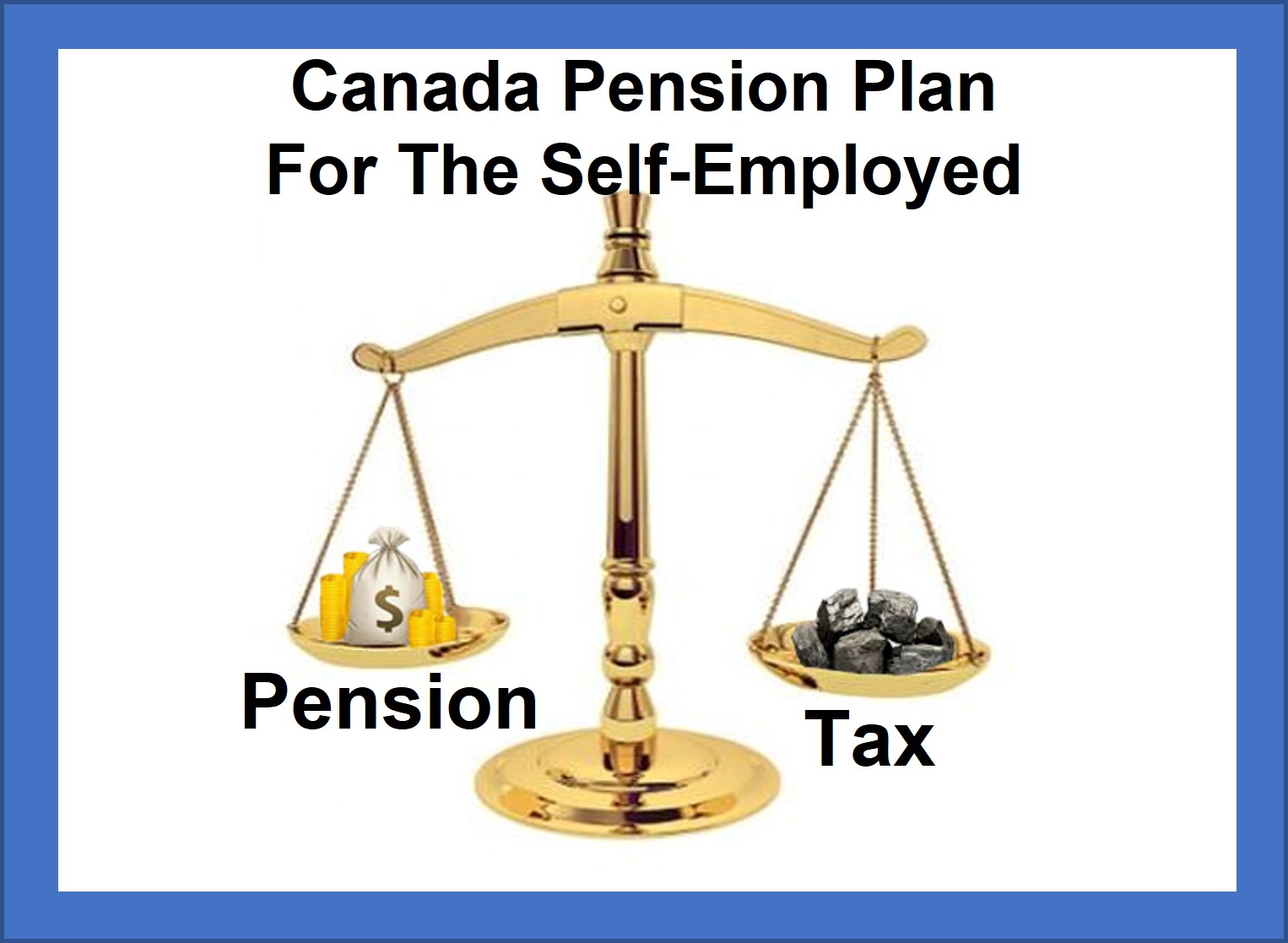