The last couple of weeks, I have written some technical articles about using a corporation to reduce taxes, and how to invest through a corporation.  Those posts were focused on the earning, saving, and investing aspects of personal finance for physicians. Another big pillar of personal finance is spending wisely. Many equate spending wisely with being frugal and sticking to a budget, but it is really much more than that. Today, I want to share some lessons that I have learned about spending wisely from my patients.

I am an intensivist.

This means that I have the powers of The Rock in Jumanji, including the smoldering intensity look. I also look after critically ill patients. That comes with long and strange hours spent at a hospital. There can be stress with a crisis, but I thrive on that rush. Most people who find out what I do for a living have one of three reactions. It is either “Wow, that is brutal”, “Wow, you save lives!”, or “Gee, I hope I never have to see you!”

I love what I do.

Part of that is the interesting and exciting part of intervening to snatch someone from the clutches of death. However, one of the most rewarding aspects of the work that I do is helping a patient and their family through the dying process when we can’t or shouldn’t save them.

About 15-20% of the patients that I look after succumb to their illness. These are the patients and families that I usually remember the most. It is a very intimate experience to participate in the life of a family at this major milestone. Sometimes it is sharing and coping with tragedy, while at other times, it is simply celebrating the conclusion of a life well lived. I usually answer some medical questions, provide guidance on options, or reassurance about what to expect.

However, mostly I listen.

I listen to what patients say about their lives (when they can speak) and more commonly what their families say about them (when they cannot). We only get a limited time to live, and at its core, money is an exchange for time. Listening to what is said at the end of people’s time on Earth has taught me a few lessons about spending it wisely.

That sounds easy, but it is not. One big reason for this is that we usually have no idea when we are going to die. This is important because, as professionals with long training periods before making the big bucks – we are the kings and queens of delayed gratification.

We sacrifice time in our youth to invest in our future earning potential.

That starts with working like a beast to get into a professional school, followed by years of study and training.  Right on the heels of that is working to repay debt, establish ourselves, and start saving for retirement. These are all important and wise uses of our time and money. You can read all about that on any personal finance blog, book, or social media group.

When we are young, the odds of us dying are small.

We also have plenty of human capital (earning power) that we need to exchange for financial capital to support us as our human capital wanes with age. So, spending our time to make, save, and invest money while young makes sense. As also seen in the chart below, the odds of us needing financial capital for an extended period post-retirement is high. 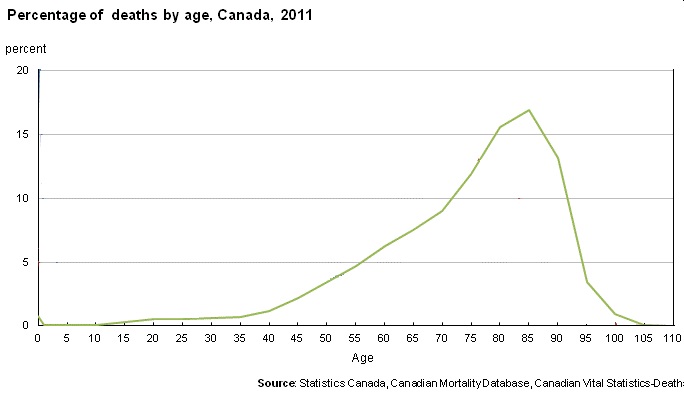 Fortunately, as high-income professionals, we can usually get the footing for that financial capital pool well established within about 10 years of independent practice. This is also about the time for many of us that we start seeing more people our own age dying unexpectedly.

There is an infinite ability to work more hours in medicine.

It is rewarded financially and martyrdom is embraced by medical culture. We need to be careful to shift gears and enjoy our time and money now. It could mean loosening the purse strings like WCI and getting a wake boat. I prefer human-powered boating like Mr. Money Mustache, but I also increase my carbon footprint in other ways. Think carefully about what you enjoy, and even if it involves spending money that you have – do it.

Don’t continue to make excessive sacrifices today for tomorrow when you don’t need to. There may not be a tomorrow.

Lesson 2: Spend Time, Not Money On Your Family

I see the whole socioeconomic spectrum in my practice. That is coupled with a diverse spectrum of family dynamics. I don’t think that there is a strong relationship between socioeconomic status and functional coping with a dying loved one. In fact, I think that more affluent families have some potential pitfalls that they are vulnerable to.

Those who gave of themselves.

The families who are celebrating a life well spent often talk about two main themes. They reminisce about great experiences shared together. Funny or endearing personality quirks. Misadventures that seemed terrible at the time, but now make interesting or even funny stories. The second common thread is usually interwoven with these stories.

These well-adapted families speak of how their dying loved one was always there for them and gush about the emotional support that they provided. That is sometimes intermingled with the fear and sense of loss of that, but more commonly that is overshadowed by the sense of gratitude for having had it in the first place.

The patient could have been a highly successful professional, businessperson, or prominent public figure. However, you would never know that because their family never talks about those achievements. To them, those are not what defined the impact of their loved one’s life.

Those who gave of their money. 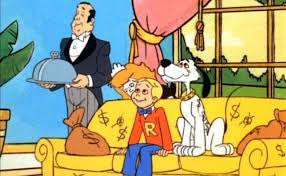 Conversely, I have seen many affluent families rail against the tragedy of their dying patriarch or matriarch. Even when they are in their late eighties and lived a long full life right up until the end. There are also a couple of common threads that I have observed in these situations.

You know almost immediately how important of a person they were. Their family is quick to tell everyone who will listen about their professional status. The awards they have won. Their public stature and how the community of important people (they usually drop names complete with titles) are following the situation closely. There is no personal sharing of experiences and insights into their personality. Maybe that is because they are used to being private with their concern over image, or maybe there was less to share. I don’t know.

Another source of difficulty that I see in these families struggling with death is that they are not used to problems that can’t be solved with money. They are usually quick to state that money is no object. Even when there is clearly nothing more to be done – they will sometimes pay to have an external expert come in to say that. If there is a treatment or intervention available, they want it done. Even if it is more likely to be harmful than helpful. It is like the expenditure of resources makes them feel better.

Lesson 3: Your Family Will Remember You More Than Anyone Else

This lesson comes not only from my patients, but also from my colleagues and mentors. Some of the people involved have been all three. I have had the privilege of working with well know giants in their field. My mentors have also included many people who were cornerstones of the hospital or community locally. I have mourned when some of them have died.

When someone who has made a major impact on the broader community dies, there is usually an outpouring of sympathy, support, and a call for gestures of remembrance.

I suspect that those tokens are not what motivated the individual to achieve the things that they have.

Their achievements in advancing medicine, helping their fellow humans, or strengthening communities will live on beyond their death and affect subsequent generations. I think that would bring them satisfaction.

However, with the rare exception, few will think back much about that person and who they really were after a few years. Other than their family and close friends.

Sure, there may be a lecture or award named after them that gets brought up once a year. There may even be a plaque somewhere that few people notice unless it is in a spot where people sit around bored a lot. Like a waiting room.

The big Kahuna’s may even have a building named after them. Like the Wing of Zock in The House of God.

None of that is the same as being remembered by the people who matter most.

I used to be a lot more ambitious professionally.

That has changed with experience. Sure, I still try to improve and build things. I enjoy that whether it is improving how we provide a service in our hospital, supporting the career of a promising younger physician, or writing this blog to hopefully help doctors be smarter about money.

However, my most important contribution to the future will likely be in raising my children to do these types of things. Only better and twice as much – since there are two of them. I want them (and my wife, if she outlasts me) to remember me more than anyone else does when I am pushing up daisies.

When there is a conflict on where to spend my time and money – I want to prioritize to spend it wisely.

These Lessons and Financial Independence (FI)

To achieve financial independence requires spending wisely along the way.

At first, that means spending our time to make money. It also means spending less money than we make, saving it, and investing it to grow. Lesson number one is important to remind us to balance this exchange of time and money as we work towards FI. It is a journey and not just a destination.

As high-income professionals, we only have to do this moderately well and we can achieve FI in a relatively short period of time. Recognizing that we have reached FI is important so that we can recalibrate. If we don’t, then we run the risk of living poorer than we need to – and dying rich.

Financial independence gives us the power to choose how to spend our time wisely because we don’t need to exchange it for money just to survive anymore.

This is where the RE comes in. For many, that means retiring early (RE) and that is the stated focus of much of the FIRE movement. However, when you look at what most of those who promote FIRE are doing, many are still working. Often at another job that they enjoy, like blogging about FIRE or working on their other “passive income” streams. In my mind, the RE is more of a RE-focusing.

Most physicians who reach FI, that I know of, have not retired from medicine. 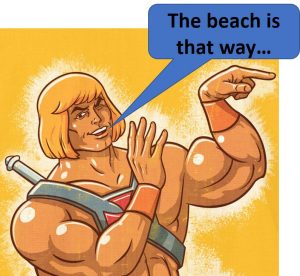 Physician on FIRE describes 5 common reasons why that is. They are eerily similar to my own. However, the reasons are different for each of us. Most do choose to scale back and focus on other things that matter to them.

I think it is no coincidence that many of the other physician bloggers writing about FI are around my age.

This is around the age where many reach FI, see their kids growing up, see some patients their own age dying, and think about how many summers they have left. Some decide to maximize those summers, like Dr. Networth vacationing with his kids while they are still around and want to go to the beach with him. Since our last beach vacation, my physically fit daughter has been very keen on me working out with her. I think that is a coincidence.

For me, FIRE is about spending wisely on the causes and people that I care about. How about you? 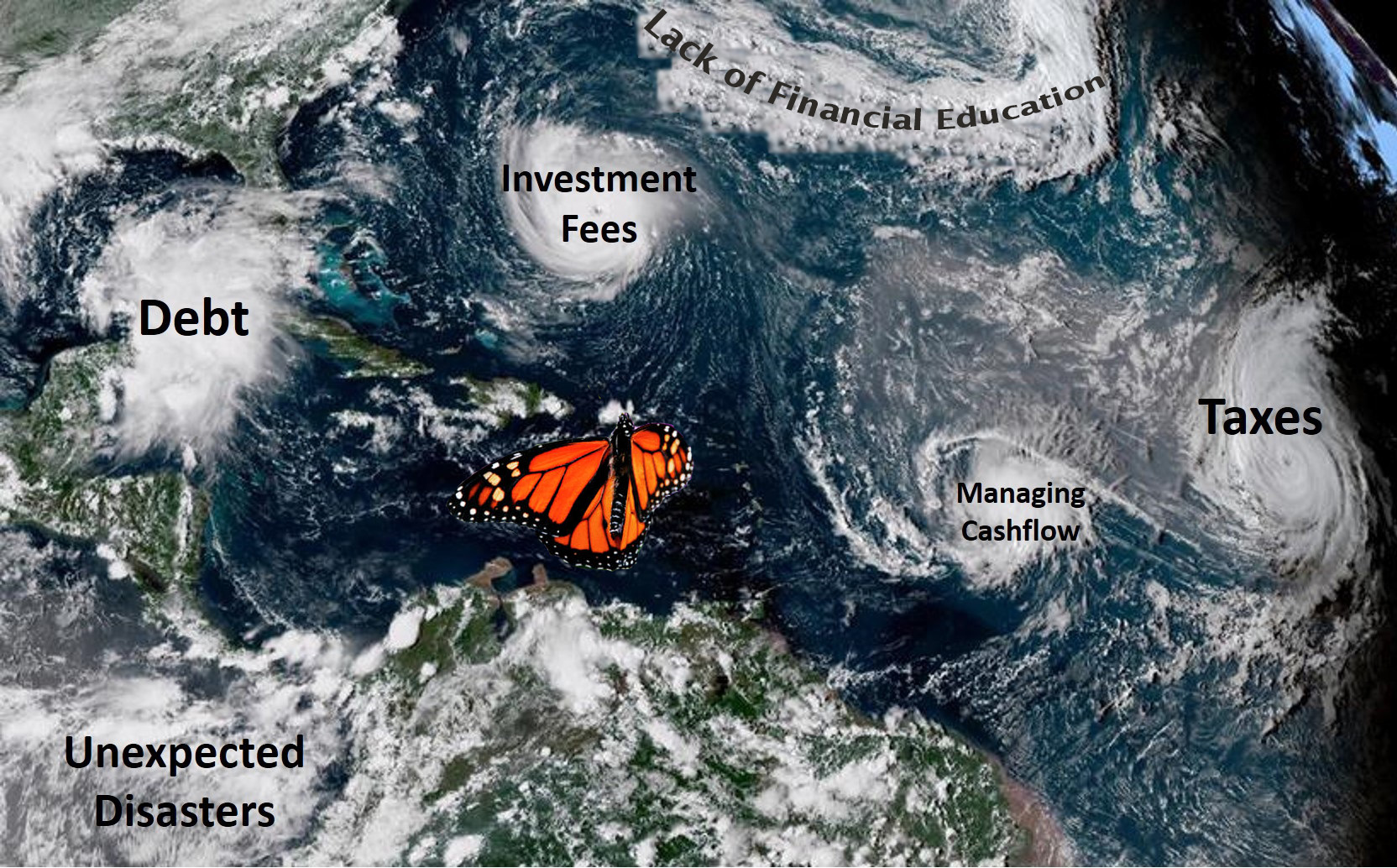 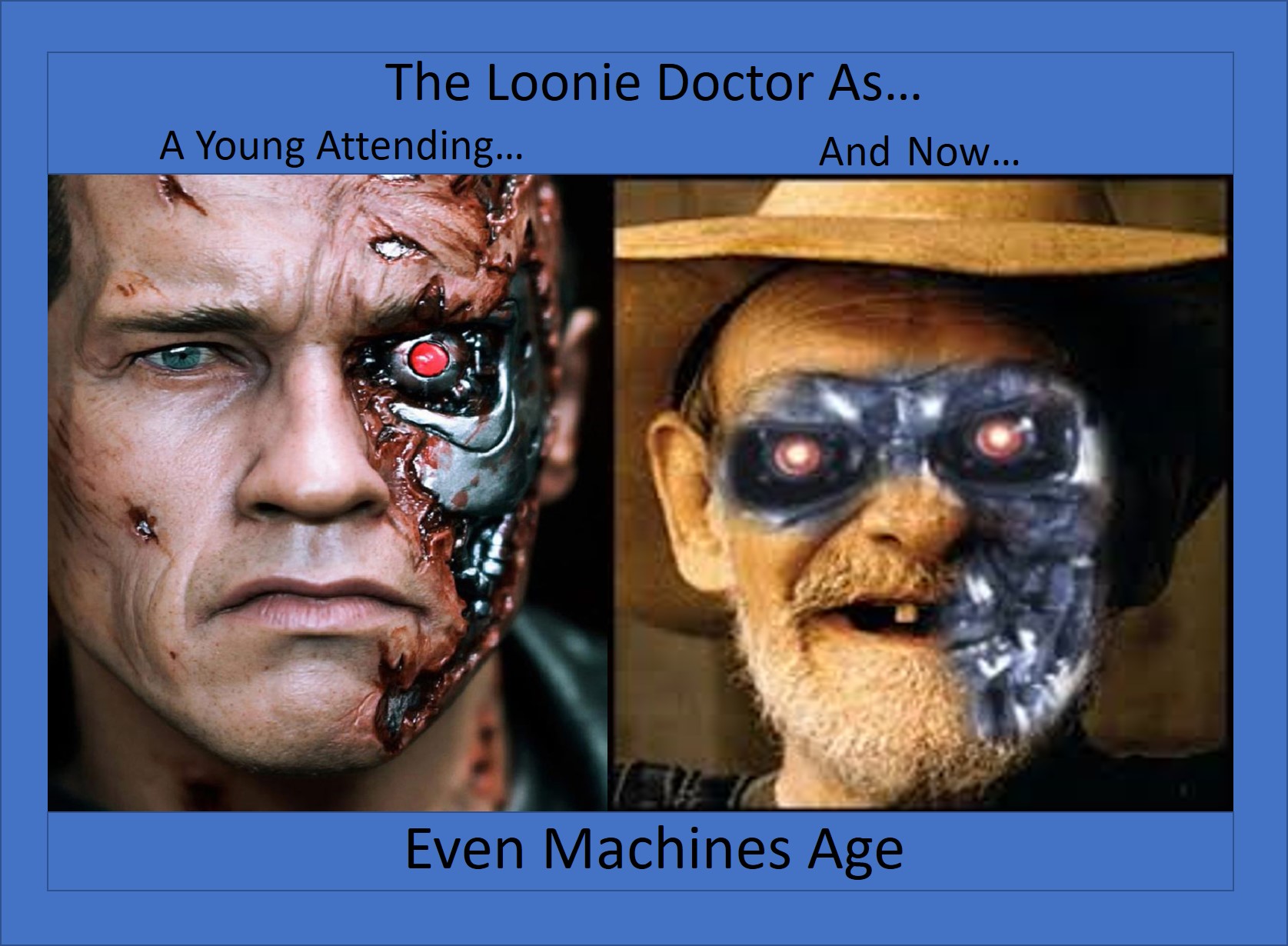 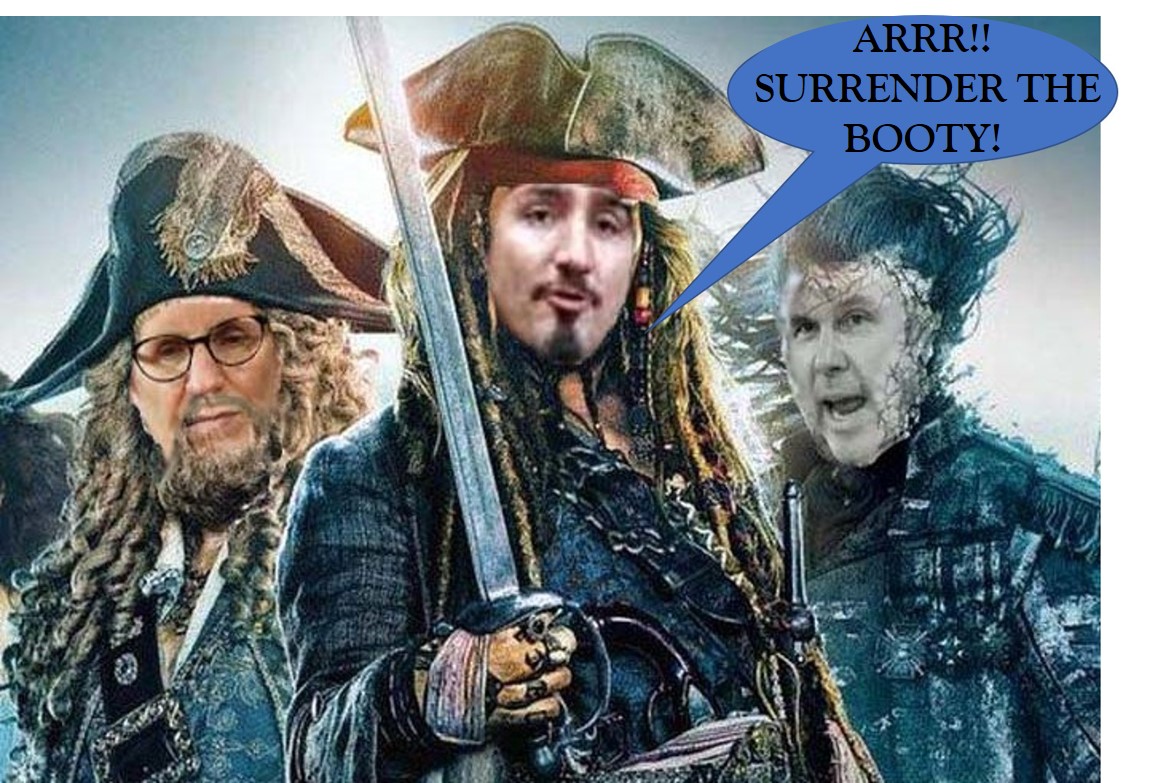 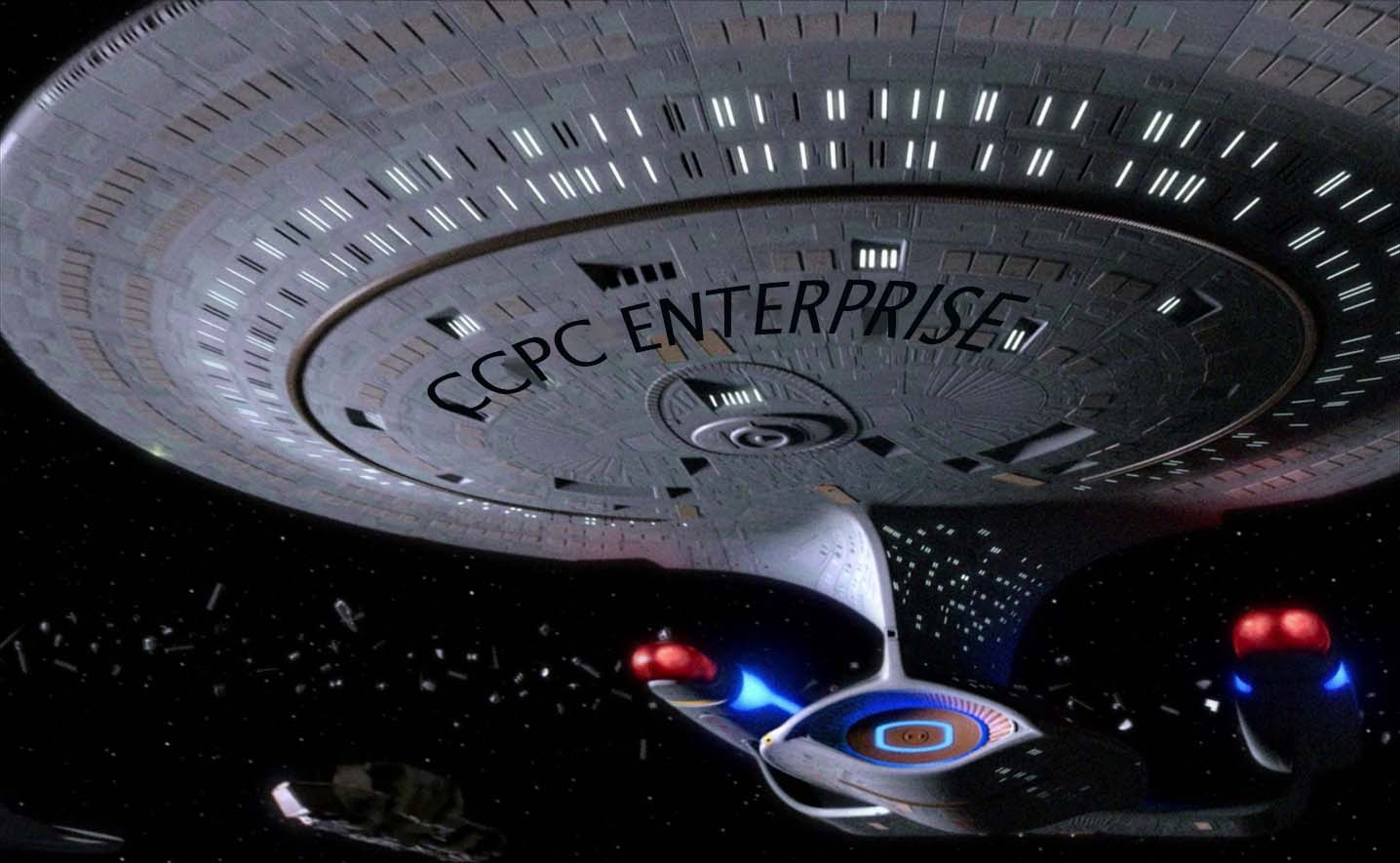 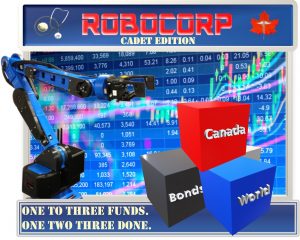 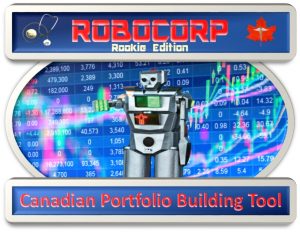 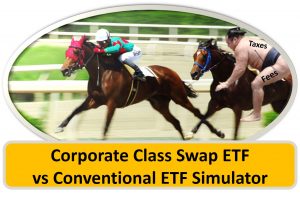 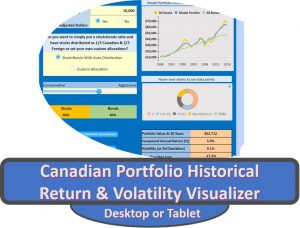 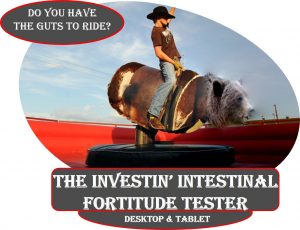